These Boots were Made for Walking was created by taking photographs using the camera on her phone. The assignment was to learn film perspectives.

These Boots were Made for Walking

The Letter was a two-page screenplay that required the antagonist (the letter) to change the protagonist (the main character). This film short was written by Ms. Castro and is based on a true story.

Julie prefers working behind the scenes in films, but she had a small acting part in the movie short, Marriage Counseling.

Learning the film and television production trade is essential to creating films. Julie had the opportunity to participate in the inaugural Production Assistant class presented by the Arizona Commerce Authority and Scottsdale Community College. This one-week, eleven hour a day, intensive training class explained the role of a production assistant and provided hands-on learning to the class attendees. Upon completion of her unpaid internship, she will be a certified production assistant by the State of Arizona. Ms. Castro’s knowledge of film production increased exponentially and she is now ready to work on Features and TV, as well as produce her upcoming film, I Am Life.

The Arizona Commerce Authority (ACA) and Scottsdale Community College (SCC) offered its first Production Assistant Training Program in October 2022; in advance of the new Arizona Film Tax Credit that is effective January 1, 2023. The program focuses on preparing a workforce for individuals interested in the television and film industry. Julie Castro was fortunate to be chosen as one of 40 participants in this first-ever, free training class offered to Phoenix area students and the community-at-large.

This five-day, intensive training prepared Julie as she embarks on her film production career and her first feature film, I Am Life, which will begin filming in Spring 2023. With limited knowledge of the film industry, Ms. Castro gained operational insight and hands on experience to become a Production Assistant (PA). A PA is an entry level position that is the stepping stone to any career in the entertainment industry.

This opportunity truly was a precept upon precept, line upon line, here a little, there a little (Isaiah 28:10, paraphrased) toward her goal of learning about film production.

For more information about the ACA and the Production Assistant Program, click on the link and discover all that Arizona has to offer the entertainment industry.
Film-Media 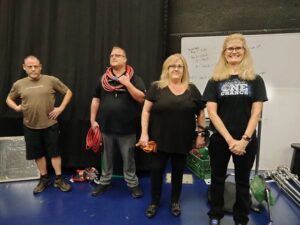 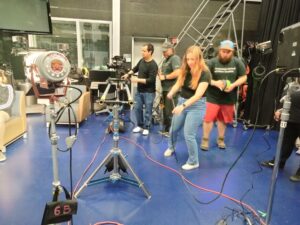 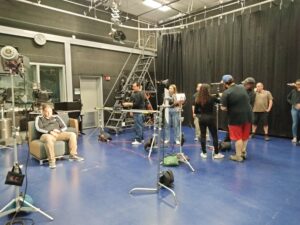 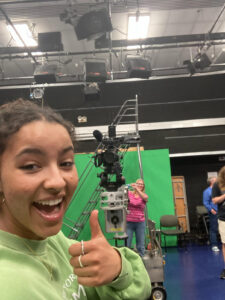 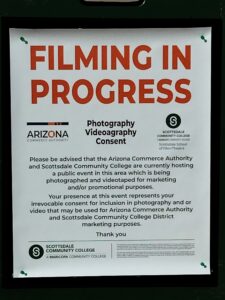